Grilling with an electric grill gives you a great deal of flexibility. They can cook in the rain, the snow, the wind, and just about any weather condition. No propane or charcoal briquettes are needed, meaning that grilling costs next to nothing. Even better, electric grills heat up quickly and are often simple to clean up. What’s not to love about electric grills?

I want to find which electric grills truly deserve the title of grill. The Char-Broil TRU Infrared Patio Bistro Electric Grill has a whole lot to offer. Does it meet my demands though? Will it grill food like any charcoal or propane grill? Is it simple to operate? No problem to clean? All of these questions and more I will answer in my review below. Both the Pros and Cons of this Char Broil Grill will be weighed to decide whether or not this grill is worth your money.

One Efficient Grill with Tru-Infrared Technology

Beginner Friendly: Anyone can Grill

Great to Entertain With at Small Gatherings

Cleaning this Grill is Easy

More Difficult to Assemble than Many Electric Grills 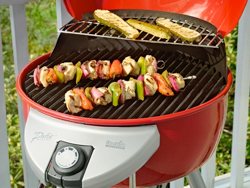 Looking for the Top of the Line Electric Grilling Experience?

What Others are Saying: 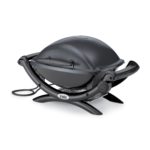 My Review of the Cuininart CEG-980 Outdoor Electric Grill 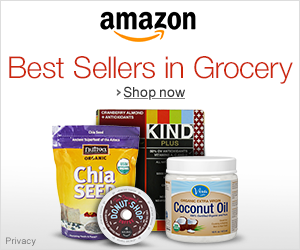